Co-written with Tishin Donkersley, M.A. and photo and video contributions by Thomas Hawthorne

Starry eyed entrepreneurs flocked to events across the Valley during Phoenix Startup Week- a weeklong event which consisted of over 130 events, several happy hours and a plethora of speakers giving vital information about how to run a successful startup.

The vibe at the events was high-energy making investors, founders and anyone with a good idea interested in working in Arizona.

Open Door, a service allowing homeowners to sell their home instantly online, was also in the mix. CEO Eric Wu gave us an exclusive interview discussing their expansion, provided a demo and announced a Series B raise of $20 million.

Speakers through the course of the week gave entrepreneurs vital advice on how to succeed as a startup. Zivelo CEO Heike Auerbach and her team hosted a talk at their Scottsdale offices on how to succeed by focusing on the biggest best idea and implementing it in an effective manner.

Make sure to hear everyone’s idea and then as a team choose which idea is the best before doing anything, Auerbach said. After that process, she said, everyone can focus and work as a team on the best idea, which will lead to success.

Kuegler also spoke at GoDaddy and gave startups advice on growing their business, but most importantly for founders, don’t try to be something you’re not. Some of his advice included:

Shojaee considers this metric one of the most important numbers a SaaS company needs to effectively operate. This number is discovered by how much a customer pays per-month. If you have one customer paying $100 per-month, then you have a MRR of $100. Customers who pay annually, say $1,000 a year, they equate out to being a MRR of $83 per-month. To determine a company’s total MRR, you simply add the individual MRR’s from each customer until you have the total number.

Shojaee said venture capitalists and investors have a high interest for the net MRR growth, or the rate at which the company’s MRR grows, to determine the success of a how successful the company is. Investors care about the growth of a company. 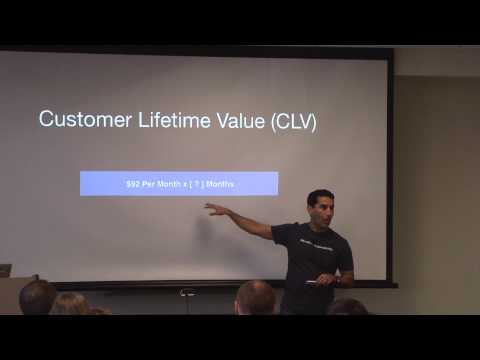 Darren Wilson, co-founder of Blind Society, presented at Phoenix Startup Week about owning the power of connection and doing it well.

“People don’t realize who their best customer is,” Wilson said. “When you try to say too much, you end up saying nothing at all.”

If a brand wants to stand out it should not only have a personal relationship with their customers, but with their company, meaning, understand what they do and not just rely on general metrics to define who they are, Wilson said.

People connect with brands and companies who represent who they are, Wilson said, and a brand succeeds when they do just that.

David Cogan, founder of Eliances talked about how being a startup superhero includes finding a work/life balance. His advice included:

Phoenix Startup Week’s inaugural annual event has come to an end. Check out all the coverage of PHX Startup Week at AZTB.

Want to learn more about the startup ecosystem in AZ? Click here.