Geeks galore are celebrating the 27th anniversary of National Pi Day and Albert Einstein’s birthday. Today also has special significance as the date and time 3/14/15 at 9:26:53 a.m. and p.m., coincides with the first 10 digits of π.

While the pi community celebrates with slices of pie and festivals around the Valley, there is a rumbling within the mathematic underground where so-called math naturalists are actively rebelling against 3.14 with the goal of replacing it with the true circle constant tau, which is pi times 2.

Michael Hartl, founder of Tau Day and author of the Tau Manifesto is on a mission to correct us, even saying that Pi is just wrong and we need to replace the endless number with tau. In a report by CNN, Hartl said, “If you want pi to be an ambassador for mathematics, you have to come to terms with pi being, fundamentally, a stupid choice for the circle constant,” he said.

This Tau rebellion all started with Bob Palias who wrote an op-ed article titled “Pi is just Wrong!” where he argued “It seems to me that you can’t have it both ways on area A= πr2 and circumference C= πd. If you believe diameter is fundamental, then it should be A= πd2/4. I suggest calling the alternate constant 2π=6.283… `1 turn’, so that 90 degrees is `a quarter turn’, just as we would say in natural language.” 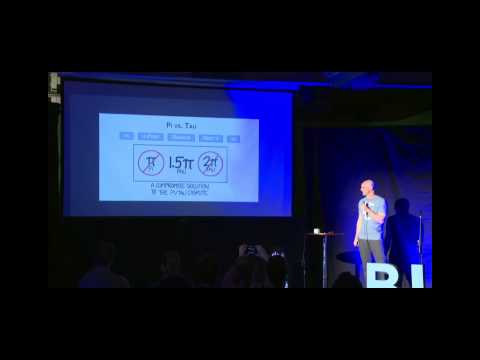 Using different standards for different purposes is very common in the sciences, Brett Goldman, a software engineer, explained. “If you ask a freshman physics major and a freshman chemistry major what is standard temperature and pressure, you’ll get two different answers,” he continued.

Goldman explained that engineers and scientists are trying to make things simpler (or needlessly complicated) for their calculations, even if it means “changing even one of the most fundamental constants in the universe, pi, replacing it with tau (2 x π). Supporters of using tau (sometimes referred to playfully as Tauists) claim it’s more convenient to compare a circle’s perimeter to its radius than to its diameter,” Goldman said. “However, if you turn that circle into an ellipse, now its easier to use pi again to calculate its area ( π × a × b where a and b are axes of the ellipse).”

Want more pi vs tau debate? Steve Mould (tau) and Matt Parker (pi) of Numberphile go head-to-head to argue for their squiggly line with one or two feet. 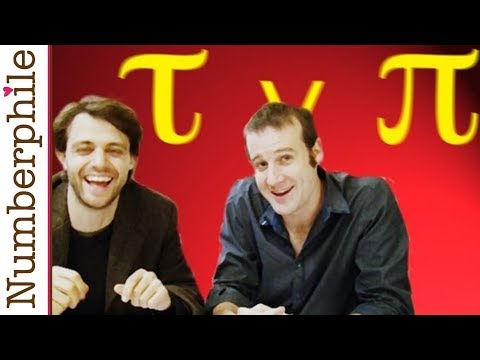 For all of you defenders of pi, there’s manifesto for you as well thepimanifesto.com.

In the meantime, while the math whizzes duel it out, I’ll take some more whipped cream on top of that berry pie. Happy National Pi Day.