Beamz raises $1M to expand to edu and healthcare market

Beamz Interactive, a state-of-the-art interactive music product and technology company, announced today the completion of a $1M dollar raise to boost sales and marketing efforts in the education and healthcare market. Out of the investment, $600,000 came from outside investors, with the help of investment bankers Chardan Capital Markets, LLC, and $400,000 from management and current investors. To date, the company has invested over $18 million in products, technology and market development. 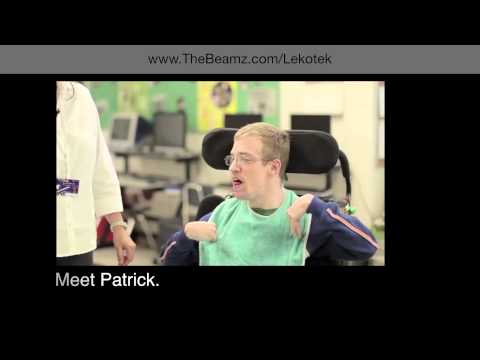 Beamz has been growing at a ridiculous rate. Since summer of 2013, Beamz released three versions of their product: the consumer model Beamz by FLO with Flo Rida; an educational model Beamz EHC for schools, and a healthcare model designed for individuals with special needs Beamz Lekotek Family Play Bundle.

In addition, they have expanded into numerous international markets, such as Australia and New Zealand, as well as hundreds of school systems around the U.S.-even local organizations and hospitals such as Phoenix Children’s Hospital and the Arizona Technology Access Program use Beamz to help heal their patients. For the consumer that wants to practice their DJ skills, they launched the iOS app that can be used independently of the system or in sync with Beamz by Flo.

While the Flo is flowin’ in one market segment, Beamz is realizing some growin’ in another area, and has shifted their target. Charlie Mollo, CEO of Beamz, says in the beginning of 2014 there was a clear shift in direction away from the consumer market and are now laser focused on expanding the education and healthcare line.

“We were not able to raise enough money to go after the mass market,” Mollo says. “[However,] we have had a terrific response from the disabilities area. With over 30 million people that have special needs in America, from Multiple Sclerosis, Autism and Cerebral Palsy to Downs Syndrome and ALS, we just get a great response.”

Mollo shared that he has received letters from parents that were thankful for the technology and how  their child now engages in activities that create music. “Not only do these children have fun and build social skills, they develop their gross to fine motor skills as well,” he said.

In an independent evaluation by national organization Lektek, children who played with Beamz independently, with a family member or therapist were reported to have improved in physical, sensory, communication and cognitive skills.

Mollo says that they are also making strides in rehabilitation centers and hospitals, as well as senior centers. Most recently, they partnered up with Tobii, a leading vendor of eye tracking software, to create a link between their software that allows patients to control Beamz on computers with their eyes.

Next steps for Beamz include expanding their compatibilities and apps, Mollo says, with the release of the Android app version coming later this summer.

The best part about shifting their focus to education and health, “Beamz is a great way to help people and achieve various therapeutic goals, and grow our business at the same time,” Mollo says.

Learn more about their product for individuals with disabilities here.

Tech that can make you itch