Stop worrying about your GoPro – Get Turned On by Hypoxic

“Wait. Is it turned on?” For Chandler-based skydiver and electrical engineer Mark “Trunk” Kirschenbaum, this was the question he was asking himself one too many times when getting ready to leap out of airplanes. With GoPro cameras mounted to their helmets, sports enthusiasts can’t help but check (and check again) if their out-of-sight device is recording while hitting dirt trails or soaring off the slopes. Kirschenbaum quit his engineering job to dedicate himself full time to Hypoxic, which started in 2006. He took his first jump 12 years ago after a “bad day at work” and fell in love with the sport and the lifestyle. 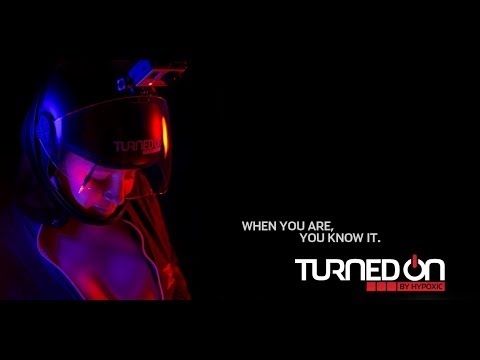 This led him to the struggles of keeping up with his GoPro during jumps. Worrying if your GoPro is working is distracting, annoying and most importantly, dangerous, Kirschenbaum shared. “You’re risking your life to do something [extreme],” he said, who has made 2,500 jumps. “[Wondering if your camera is recording] is the last thing you should try to focus on-it’s where seconds count.”

So his GoPro add-on company, Hypoxic, created Turned On, an LED light GoPro attachment and software program that runs inside the camera and outputs its status through an LED light that sits in your peripheral vision. It glows red for record, blue for standby and yellow when it’s experiencing a problem, like low battery or when you’re running out of memory. Kirschenbaum is a one-man team and due to a lack of resources to create Turned On, he turned to TechShop Chandler for tools like a 3D printer to create the electronic housing and LED assembly of the product. But TechShop Chandler can only take the product so far. To mass create and distribute Turned On, Kirschenbaum took his product to Kickstarter. The deadline is Thursday, June 5, but the campaign has already surpassed its $30,000 goal by over $8,000. With that extra money, Kirschenbaum hopes to invest in creating more inventory, adapting the plastic backing of the device to fit different camera models and branching applications of his devices to other industries. For example, Kirschenbaum is currently working on a hard wire prototype that can be used to remote control cameras fixed atop drones and other aircrafts. Sure there are remote controls right now to do that, but they rely on WiFi, which takes time and can have unreliable connection, he explained. Kirschenbaum plans to keep building Hypoxic and grow the team so he can continue to fuel the adrenaline junkie inside. After all, he left his engineering job, as he said, to “live the dream.” “When you’re outside, it’s like ‘This is what you’re supposed to do in life,’“ he said comparing it to being stuck in a cube at work. “That’s why I quit. I want to be able to live my life.”

Gadgets for the Guru-camping edition