Children are exposed to technology at a younger age, so it makes sense that more kids are interested in computer programing and coding.

“Kids are naturally interested in this area,” said Kelly Smith, founder of the Mesa Code Club.

Teaching kids to code is more than just a hobby – it could have a positive impact on the state’s economy.

“Arizona needs this,” Smith said. Phoenix’s economy has a bad rap and by having a large group of new, qualified employees being raised in state, Smith said, it can help grow the tech community in Arizona. 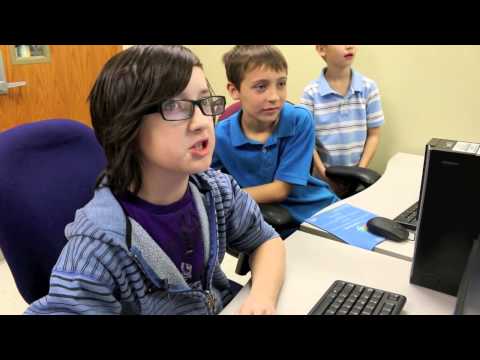 Mesa Code Club is a club held every week at the Mesa Public Library for kids 8 and up to learn computer coding. Smith said the club has received a lot of attention. The club is full every week, Smith said, “We are doubling up on their computers, and breaking all sorts of fire codes.”

To continue the success Smith started an Indiegogo campaign to raise $5,000 to buy Chromebooks for the kids to code on and to possibly add more clubs around the Valley.

Mesa Code Club is not the only coding course in Arizona. There are many courses offered through all sorts of organizations, schools and tech companies. Curiosity Hacked Guild will start holding meetings in March at the Chandler Gangplank location.

Curiosity Hacked is a program to not only teach children about computer programing, but also about all parts of the STEAM (Science, Technology, Engineering, Arts and Math) concepts. Kids can learn soldering, sewing, design, laser cutting and more. Those meetings will start March 18 at Gangplank Chandler and soon after will start weekly meetings.

The Eller School of Management at the University of Arizona holds weeklong camps every summer for students entering grades 5-8 on the U of A Campus. The DigiDudes and TechDivas camps started in 2005 and have evolved every year, said Matthew Goodwin, undergrad programs finance and technology manger at Eller.

“We’re still tossing around ideas about what exactly the kids’ coding project will be,” Goodwin said. “Re-visioning and recreating the curriculum every year is part of the fun of these camps.”

This summer the DigiDudes and TechDivas programs will start on June 9 and will focus one topic each week. The topics are animation, programming, web design and social media, and my dream business.

Desert Angels invested over $5.5M and majority in AZ cos.