With basketball season underway, founders of Shooters Revolution, Kingsley Costain, Michael Johnson and Ryan Holmes came together to create revolutionary technology that teaches you the proper shooting technique during a game. Their EVO ONE ball acts as a coach, using modern technology (a removable chip) to measure the shooter’s motion, emitting an audible tone when the player gets the correct backspin. The ball is regulation size, comes in both youth and adult sizes, and can be used for both training and playing.

Shooter’s Revolution provides players with an opportunity to track their progress and ensure that they are using the correct mechanics every time they touch a basketball. They’ve launched a kickstarter campaign with efforts to raise money and global awareness for the EVO ONE, I caught up with Michael Johnson, co-creator of Shooter’s Revolution. 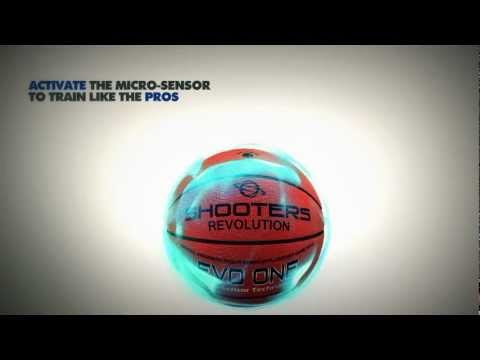 How did this idea come about?

We actually all used to play ball together in college and came together to create this technology. Kingsley came up with the idea and the entire Shooters Revolution team helped develop the concept. The idea came to Kingsley when he was training his clients. He noticed that the most common struggle for his clients was the lack of consistent rotation on the basketball. He wanted to create a basketball that provided instant feedback to the shooter to let them know that they’ve shot the ball with proper rotation. It’s taken us about three years to develop our product.

This idea seems extremely disruptive to the tech environment. Is there any competition?

We haven’t come across a dynamic basketball like the EVO ONE. Our basketball provides simple audible feedback without the use of any external gadgets (such as a cell phone or computer). The EVO ONE reinforces shooting the ball with the correct mechanics whether the coach is there or not. For the younger kids it builds muscle memory and confidence and confidence is huge in anything.

Have you guys raised any funding?

Yes, we have received seed funding and we’ve run a successful campaign on Kickstarter. We have raised over $25,000 and we have been getting a lot of people from China, France, Australia and Germany to donate, which has been surprising. It’s been a great response and feedback and everyone is excited, we can’t wait for it to come out.

When can we expect it to launch?

We will officially start taking pre-orders in November and we will be shipping our orders in January.  We’re trying to improve the mechanics of shooters all around the world, and inspire kids to follow their dreams, put in that extra hour and let them know there is no shortcut.

Watch a video of how it works here!