Printed Food, a Tracheal Splint and Guns. What Does the Future Hold for 3D Printing?

3D printing or “making” has received a lot of attention in the press recently based on some new developments in the technology. But, is 3D printing a good thing for our future? What do experts say?

On May 22, 2013, Drs. Glenn Green and Scott Hollister used 3D printing to design and make an absorbable tracheal splint, saving a baby boy’s life in Michigan. The splint was used to treat tracheomalacia, a condition that affect 1 percent in 2200 American babies, which caused him to regularly stop breathing.

Dr. Green obtained an image of the baby’s trachea through a CT scan and then Hollister designed and printed the biopolymer splint to be slipped over his trachea. The splint allows the bronchus to expand and grow properly in the future. “This is really the first time I think it’s been used on an emergency basis where there was no other treatment available . . . it’s biocompatible and you can use it in the body and it absorbs over time,” explains Hollister.

NASA has also invested in the future of 3D printing. The Lunar Science Institute explains that it is exploring the use of 3D printers to build spacecraft parts while in orbit. They also “awarded a Small Business Innovation Research (SBIR) Phase I contract to Systems and Materials Research Consultancy (SMRC) of Austin, Texas to study the feasibility of using additive manufacturing, better known as 3D printing, for making food in space.”

While medicine and space travel are some positive aspects of the new technology, 3D printing has also become very controversial. In May, the U.S. State Department ordered university student Cody Smith to remove his designs from the Internet for a plastic gun named “The Liberator.” Smith designed and printed the gun on a 3D printer and continued to post the plans and specs online. Another person designed and printed shotgun shells to be fired from Smith’s gun. The State Department ordered the removal of the plans, but they had already been downloaded over 100,000 times.

On a positive note, 3D printing could change the face of manufacturing and the world economy. The CEO of Shapeways, Peter Weijmarshausen, states, “We believe that 3D printing is fundamentally changing the manufacturing ecosystem in its entirety – how and where products are made and by whom.”

Dartmouth College’s Bakala Professor of Strategy for the Tuck School of Business, Richard D’Aveni states, “We’re on the verge of the next industrial revolution, no doubt about it. In 25 years, entire industries are going to disappear. Countries relying on mass manufacturing are going to find themselves with no revenues and no jobs.” 3D printing could replace current manufacturing just like assembly lines and mass production replaced traditional artisans.

However, not everyone is so confident. Cliff Waldman, a Senior Economist and Council Director at the Manufacturers Alliance for Productivity and Innovation, states, “I think 3D has the capacity to impact both products and process. I am not ready to say that it is completely disruptive however.” 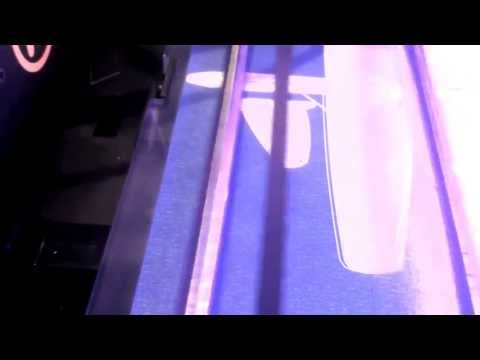 Want to learn more about 3D printing? Take a class! On July 18th Gangplank Avondale Labs will teach you how. Sign up here.

What is your experience with 3D printing? Who is doing what in 3D? We want to hear from you!